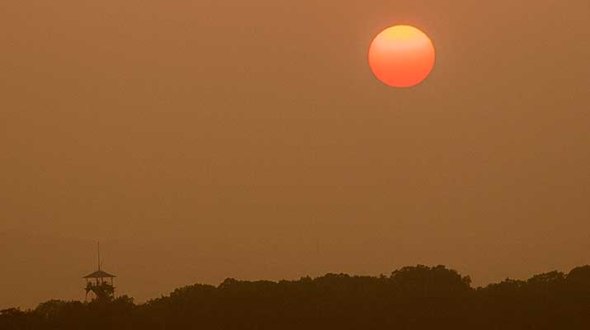 The Battle for Gettysburg…

…it was the UNITED States that led the Allies to winning World War II. What would have happened if we lost?

Just that one thought leads to everything else – moon landing, civil rights, FDR, personal computers, JFK, (fill-in-the-blank) – would we be a superpower today or just two – 2nd tier nations struggling to survive?

The photograph above is of the Gettysburg battlefield and photographed looking north west from Little Round Top.