Giuliani says Trump ‘probably’ has the power to pardon himself

For the record, I thought of that YEARS before Giuliani –

Election Day for President of the United States

This is the story of Harry Keaton – a candidate for the Presidency of the United States. It is Election Day and Harry is the overwhelming favorite to win! What could possibly go wrong? Well, on the day before the election, Harry had a few drinks and does something that could not only cost him the election but also put him behind bars. On Election Day morning he discovers what he has done and, with the help of his campaign manager, his Vice-Presidential running mate, two Secret Service agents and his wife, he attempts to cover up what becomes known as “the incident”. And he only has about 16 hours to succeed. 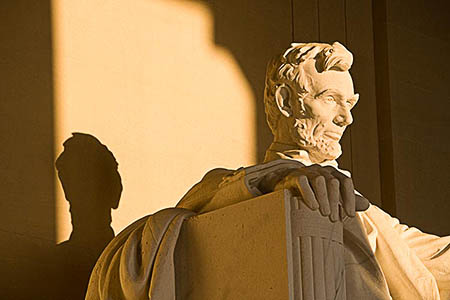 In August 2010, I traveled to Washington, DC. One stop on the visit was the Lincoln Memorial. I like to go very early in the morning because there are few people present. I can “visit” with the President, read his words that are carved into the wall and reflect on his importance to our country. For me, the Lincoln Memorial is part temple.

I stood there with camera in hand, bracing myself against the marble columns because I didn’t have a tripod (need a permit) and photographed the statue. And I’m shooting, shooting and shooting. Finally, after several minutes I am approached by a police officer. “Who are you with?” he asks. For the next 5 minutes he inquires why am I taking so many pictures. I want to be clear – the police officer was never rude or belligerent. I did not feel threatened even though it is uncomfortable to be questioned. I explained why I take so many pictures. He wanted to know what I was doing in the city, who I was with, etc., etc. He quickly learned the answers even though he probably still didn’t understand why I took so many photos. I do know this however – before 9/11, he would never have questioned me.

Today is Inauguration Day for President Obama and national security will be on its highest alert. The reason is obvious but if I were there today, I wouldn’t use a backpack and my cameras and lenses would be around my neck. I’d use a couple of fannie packs to carry some small stuff if needed. I wouldn’t want to be questioned on a day like this. Who knows what would happen?

To end, let us not forget, President Lincoln gave one of the greatest inauguration speeches in history (the last sentence) –

“With malice toward none, with charity for all, with firmness in the right as God gives us to see the right, let us strive on to finish the work we are in, to bind up the nation’s wounds, to care for him who shall have borne the battle and for his widow and his orphan, to do all which may achieve and cherish a just and lasting peace among ourselves and with all nations.”