The Aliens and I met in secret in Roswell, NM.

Read my Books for FREE

Today and tomorrow – May 25th and May 26th – my books are a FREE DOWNLOAD on Amazon. Use the free Kindle app – which you download HERE – to read them.

My first book is (there are no) Answers to the Mysteries is a humor book.
“While on an archeological expedition in Egypt, Dr. Salmon discovered the ancient tomb of King Itacher, the only King never preserved as a mummy but was instead ‘freeze-dried’. Instructions written on the side of the sarcophagus declared that with the addition of 5 gallons of water, King Itacher would come back to life.”
(there are no) Answers to the Mysteries” explores a variety of phenomena – Ghosts, UFOs, Bigfoot, the Bermuda Triangle, Life after Death, Reincarnation and Atlantis the Lost Continent. Are Aliens visiting us? Is Reincarnation real? Where is Atlantis today? Is Bigfoot alive and well?
The riveting narrative contains interviews with ghosts and scientists, farmers and college professors, people who have had contact with Bigfoot and the reincarnated. There is the story of a man who claims to be a descendent from Atlantis. Other excerpts include passages from the diary of a man who spent the night in a haunted house and another from the diary of a ghost trapped in a prison cell. Many strange stories are told but there are no clear answers.
The title of the book is “Answers to the Mysteries”, but please note the three words in parentheses “there are no”. The search for the answers continues amid the many interesting stories told. Who knows, maybe someday, someone will provide the answers that have eluded all of us.”

My next book is 5 Pumpkins & a Headis light humor combined with some not so scary stuff.
“Nick, a young man in his twenties, works the graveyard shift as a security guard in a factory possessed by an evil demon. As the story unfolds, we watch Nick daydreaming about his former fiancé and struggling to understand the unearthly events that are happening around him. A comedy nightclub suddenly appears in the basement at the warehouse. The ceilings at the factory descend trying to crush him. A worker is encased in a block of ice. The evil that surrounds Nick at work follows wherever he goes.
Sitting in the security office at work, a truck driver asks Nick about his future plans. Nick answers, “I don’t have any.” He feels trapped between his lack of ambition and a factory that wants to kill him.”

My last book is Election Day for President of the United Statesis another humor book.
“This is the story of Harry Keaton – a candidate for the Presidency of the United States. It is Election Day and Harry is the overwhelming favorite to win! What could possibly go wrong? Well, on the day before the election, Harry had a few drinks and does something that could not only cost him the election but also put him behind bars. On Election Day morning he discovers what he has done and, with the help of his campaign manager, his Vice-Presidential running mate, two Secret Service agents and his wife, he attempts to cover up what becomes known as “the incident”. And he only has about 16 hours to succeed.” 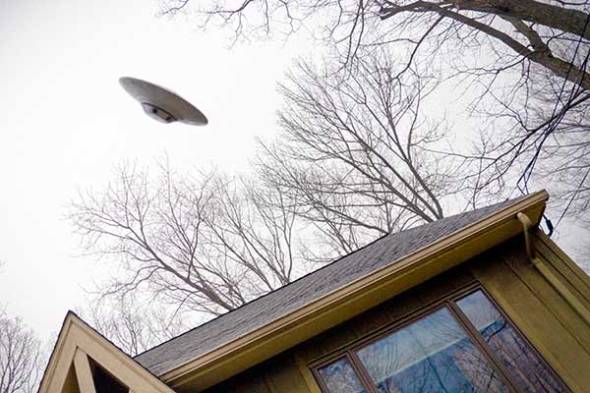 (The Aliens and I met in secret in Roswell, NM.)

When you’re flying over the western United States,
the landscape is some of the most beautiful in the world. It is my favorite place to be.

Question of the Day

Who can name the movie this space ship is from?